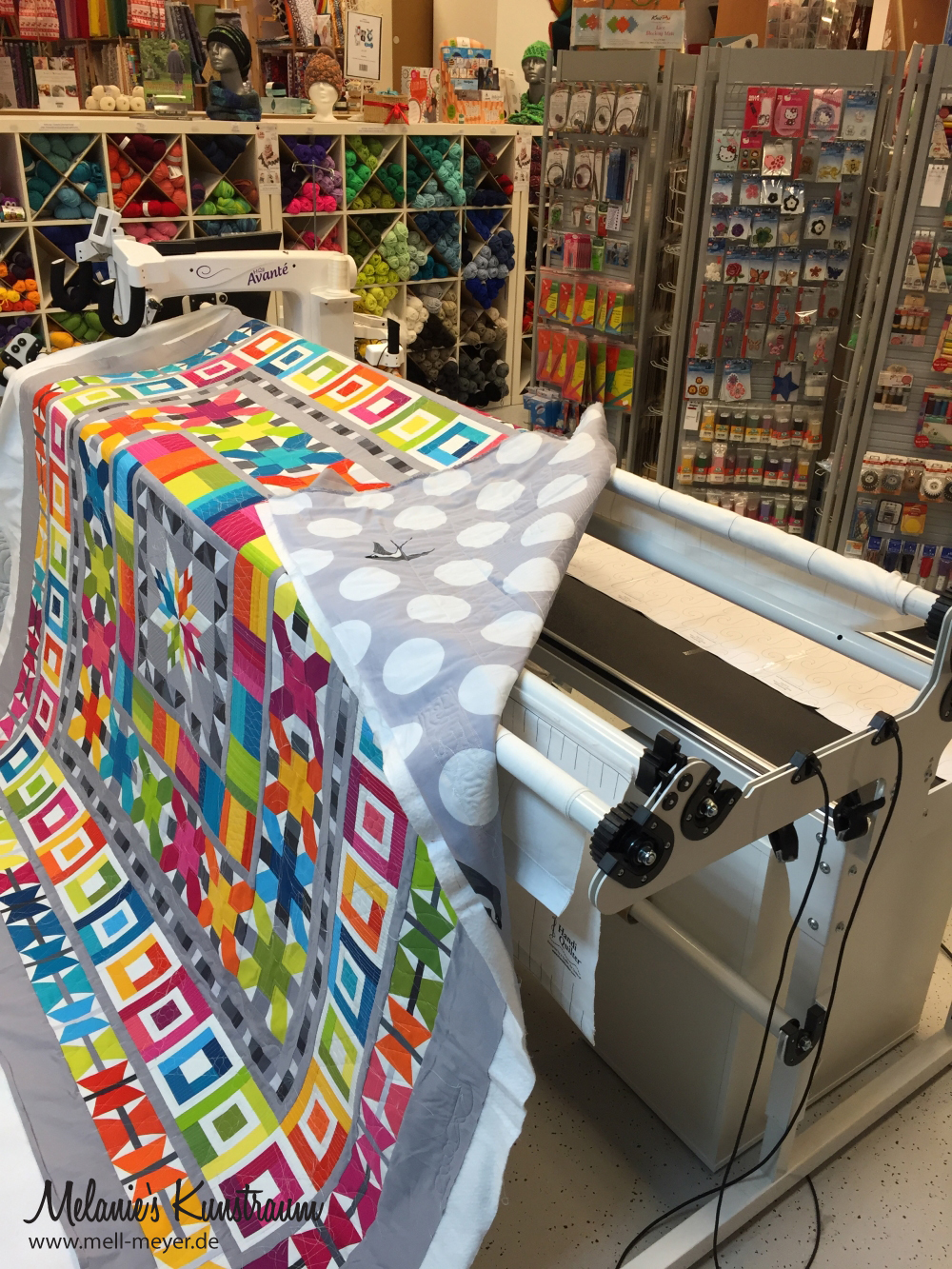 Early November I started on the logcabin blocks. Then the vacation days came and with it a lot of other stuff I wanted or had to do as well. I sewed a bit and on the Friday we had a blast at our „Patchwork Treffen“. I started on the butterflies for the last border. I actually finished about half of them. By the way this is a great idea to help with that. 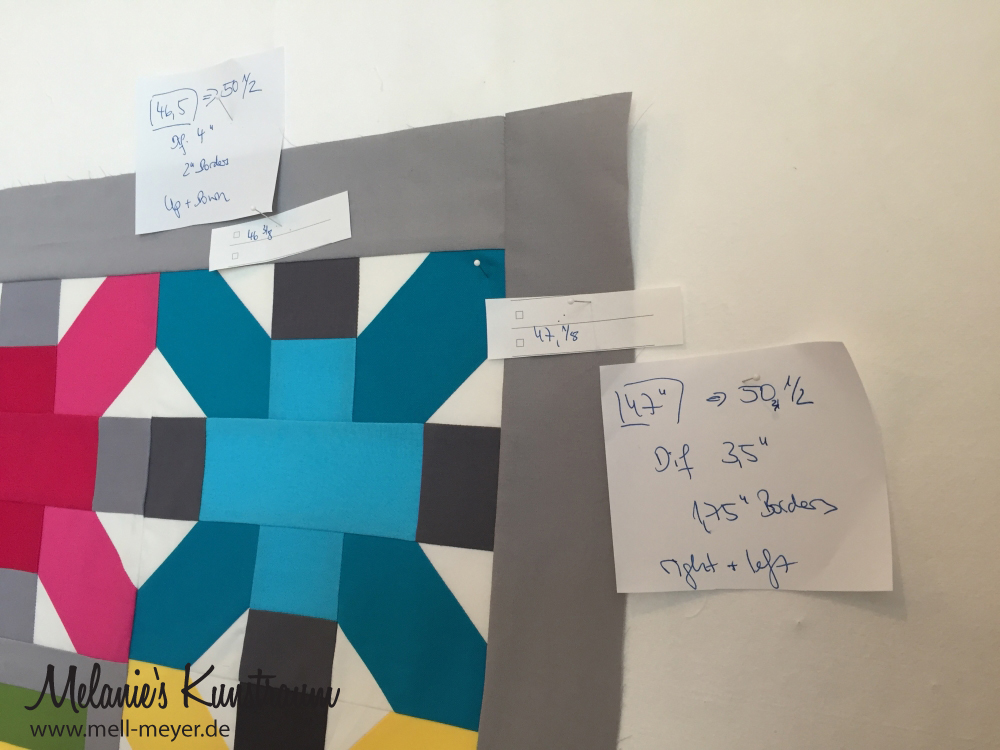 With working full time and only sewing „a bit“ on Thursday, I knew Friday would be a late night. Night? I was so far away from finishing the top that I talked myself into believing that driving later – not after breakfast but maybe midday – was not that bad. After all check-in time at the hotel was till ten o’clock. So I called it a day around midnight and sleept for some more or less restful hours. Starting again early in the morning to get it finished – in two or three hours. 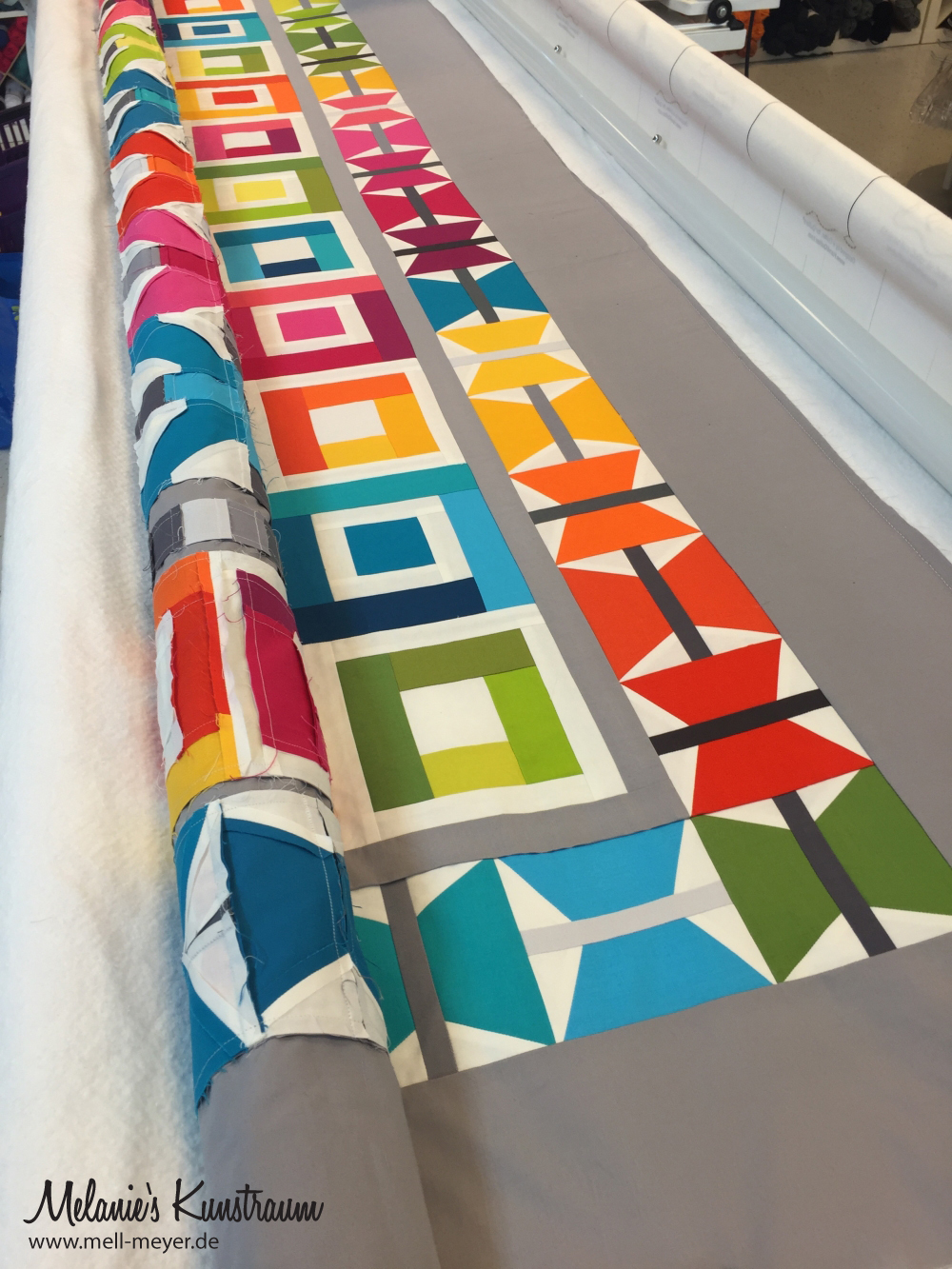 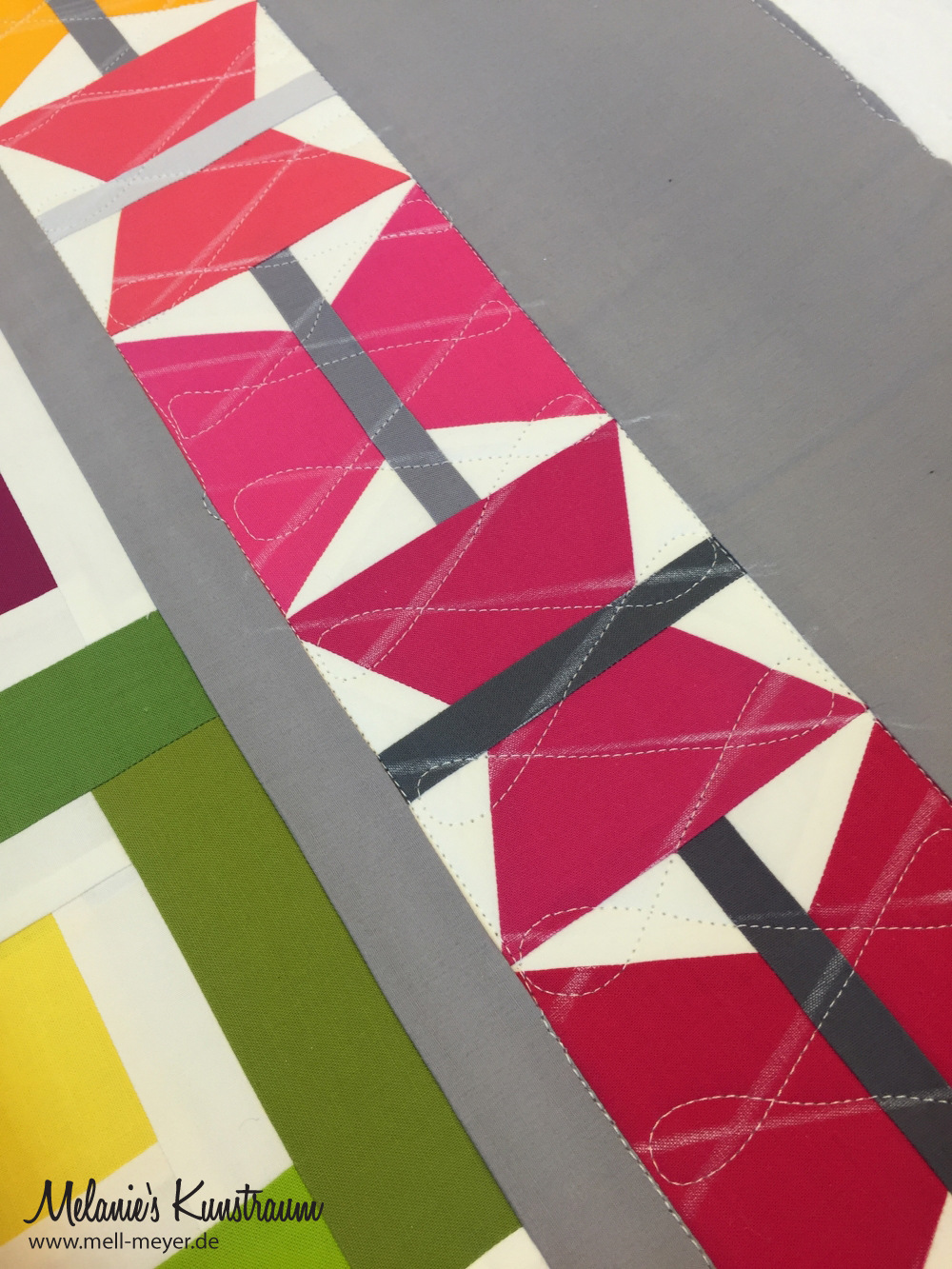 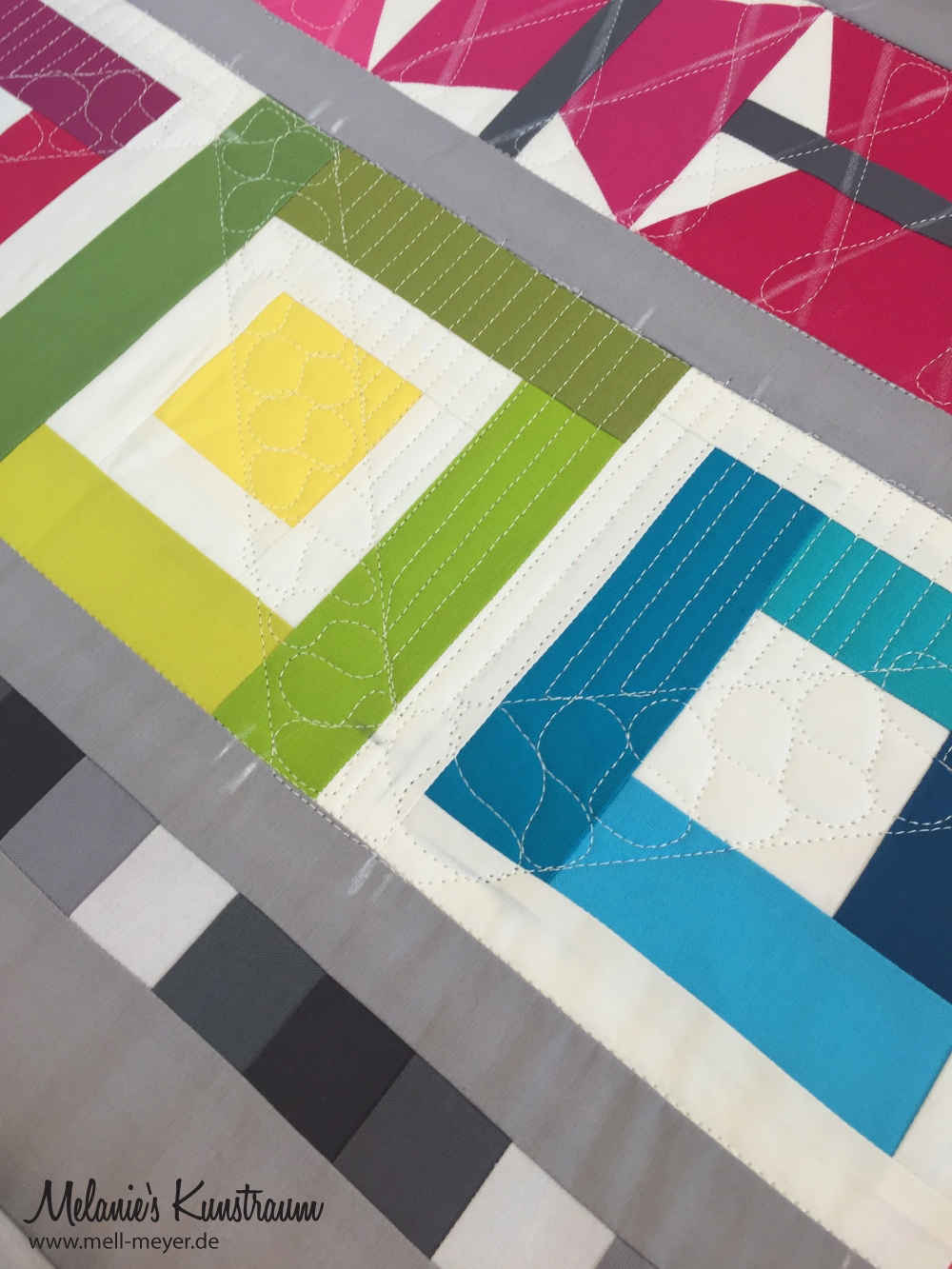 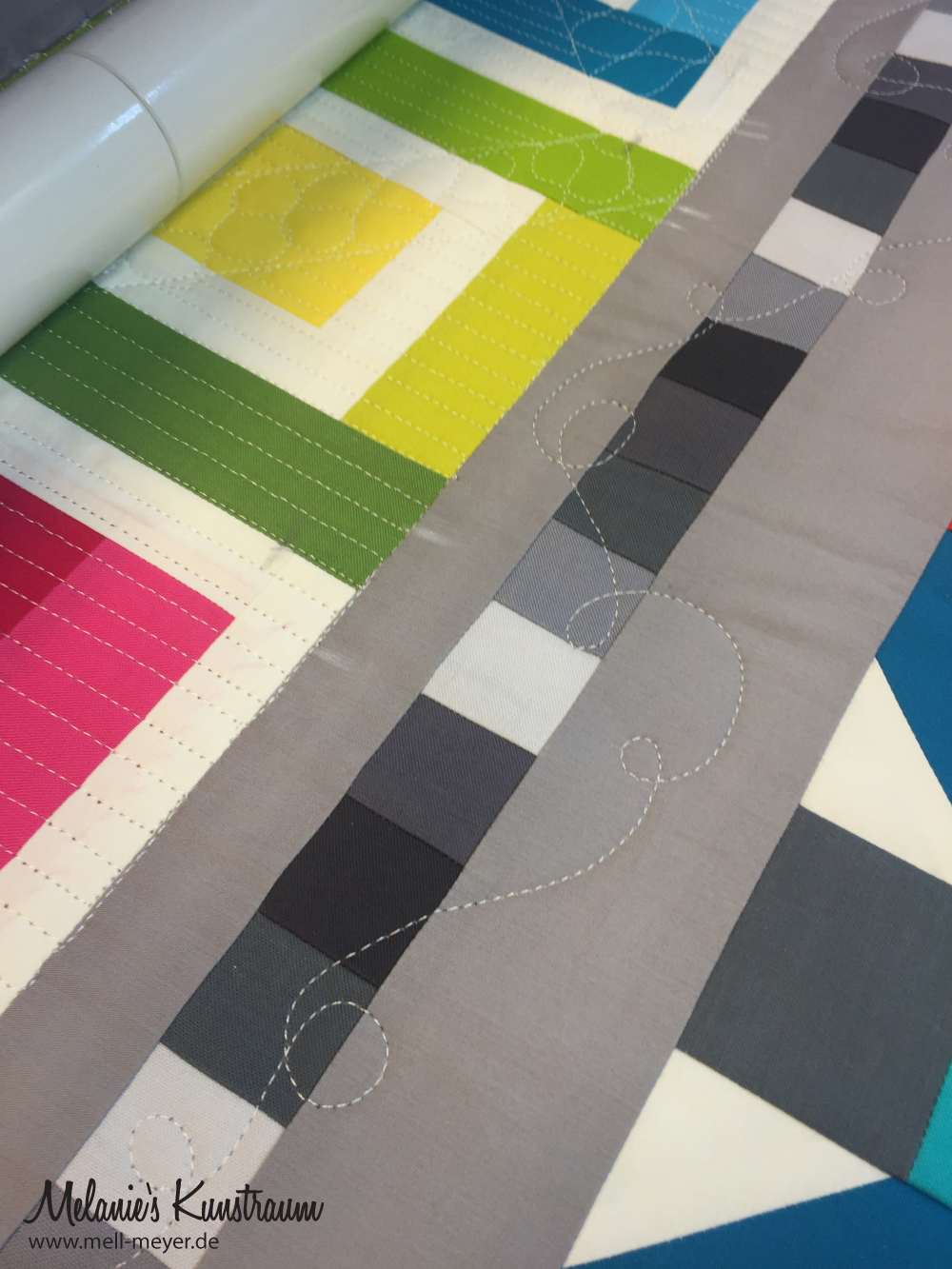 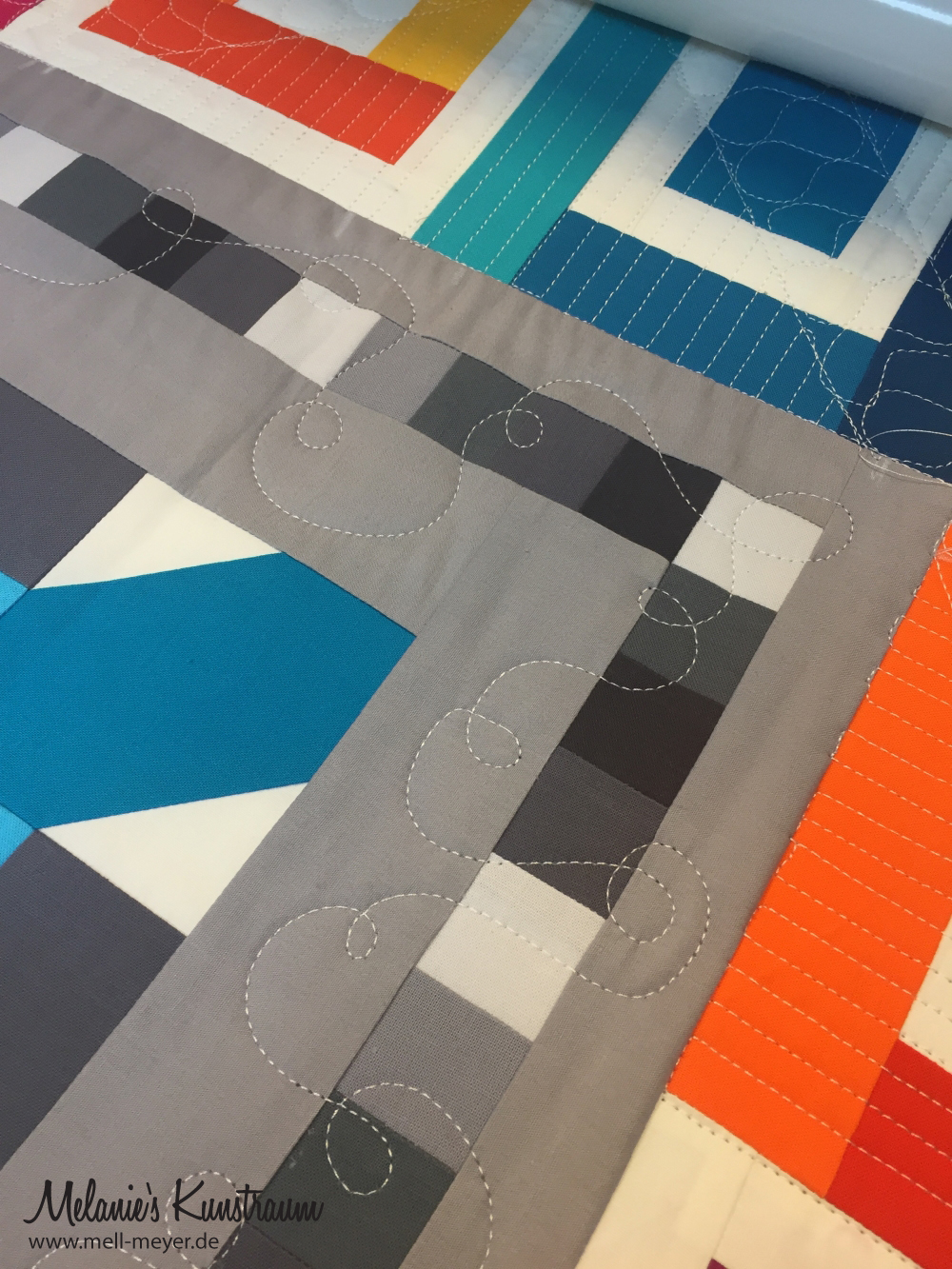 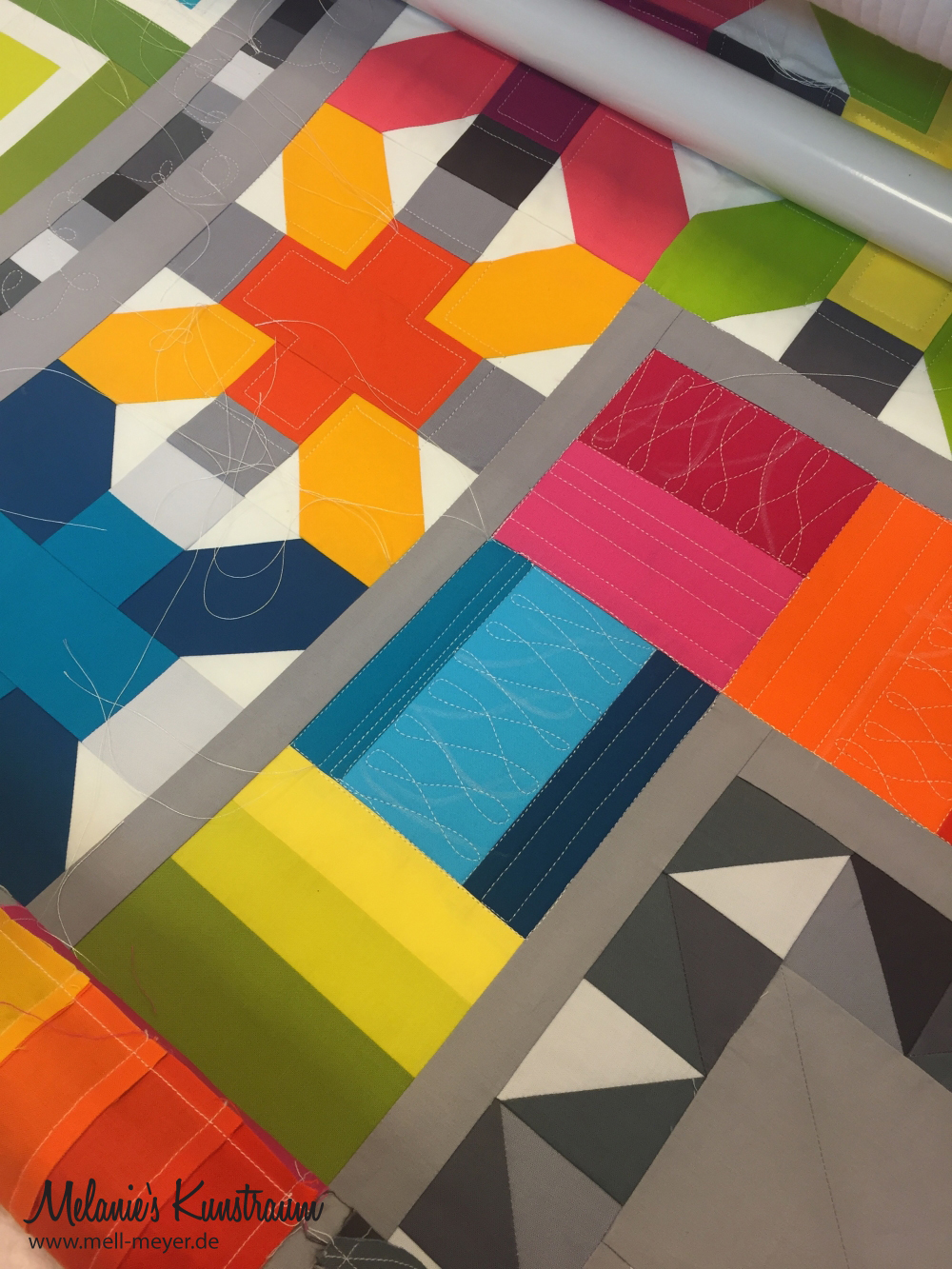 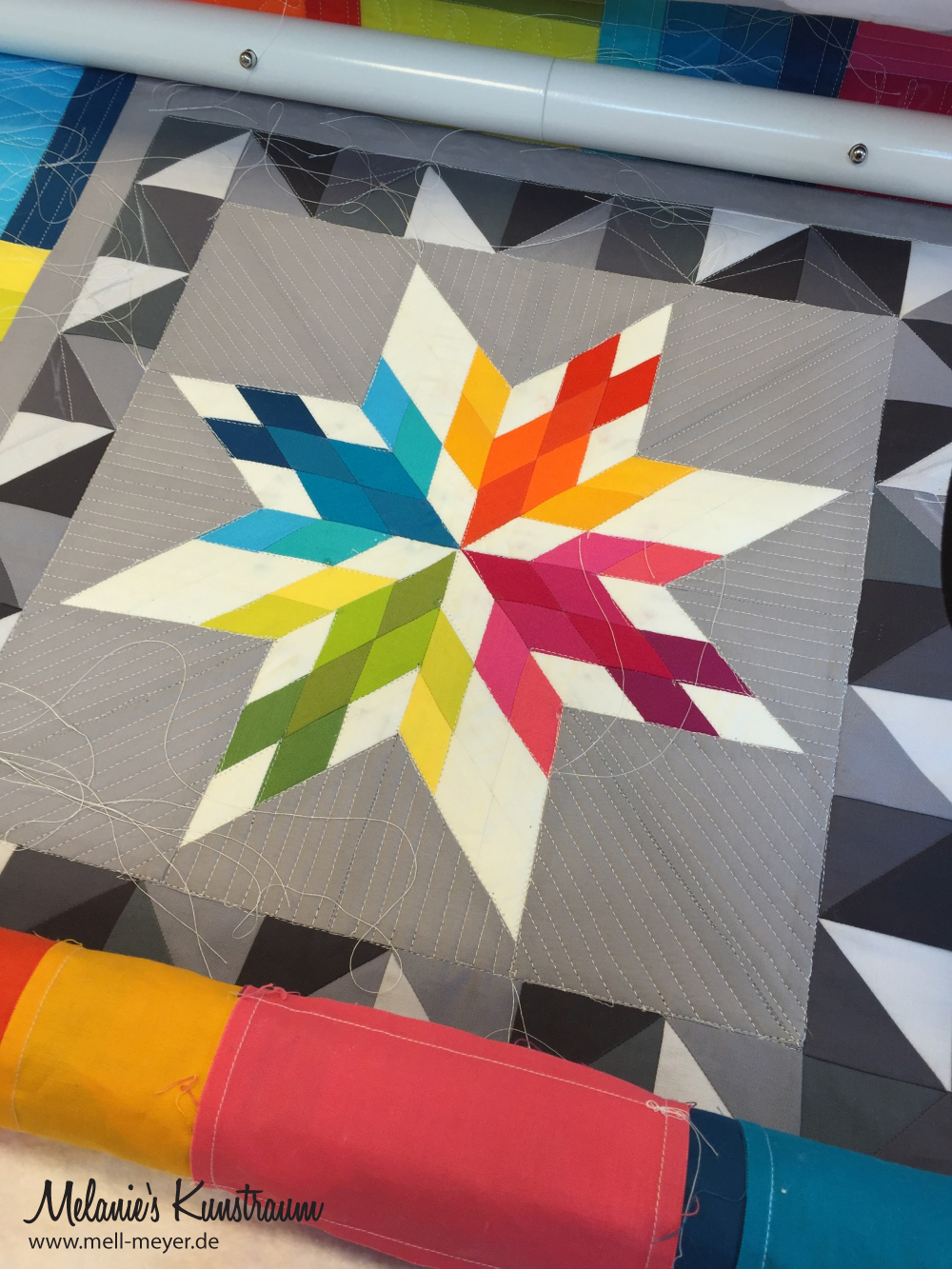 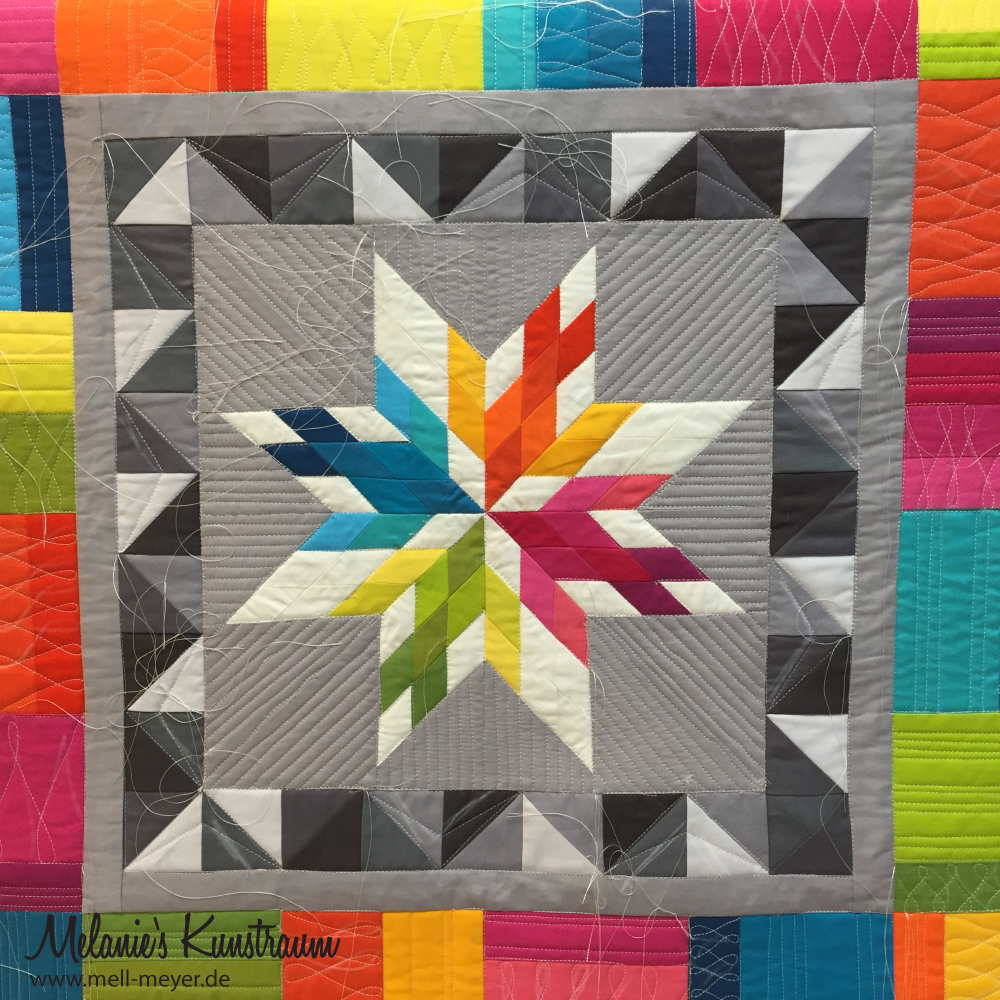 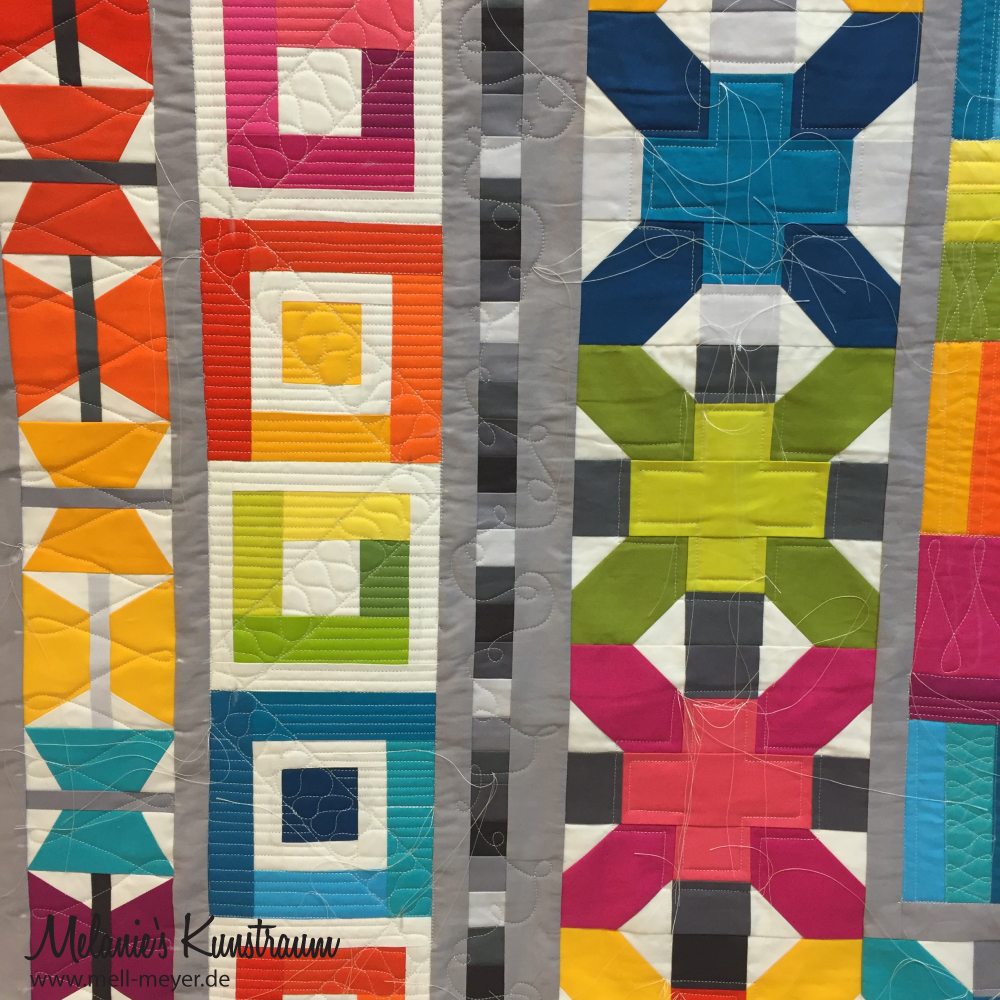 Yeahh, „finished“. For the second time working on a longarm ever I am really proud of my results and more than happy.

Do you knot the threads by hand (to bury) afterwards or do you secure them by machine and cut them? And are you as „last minute“ as I am or more „on the safe side“? 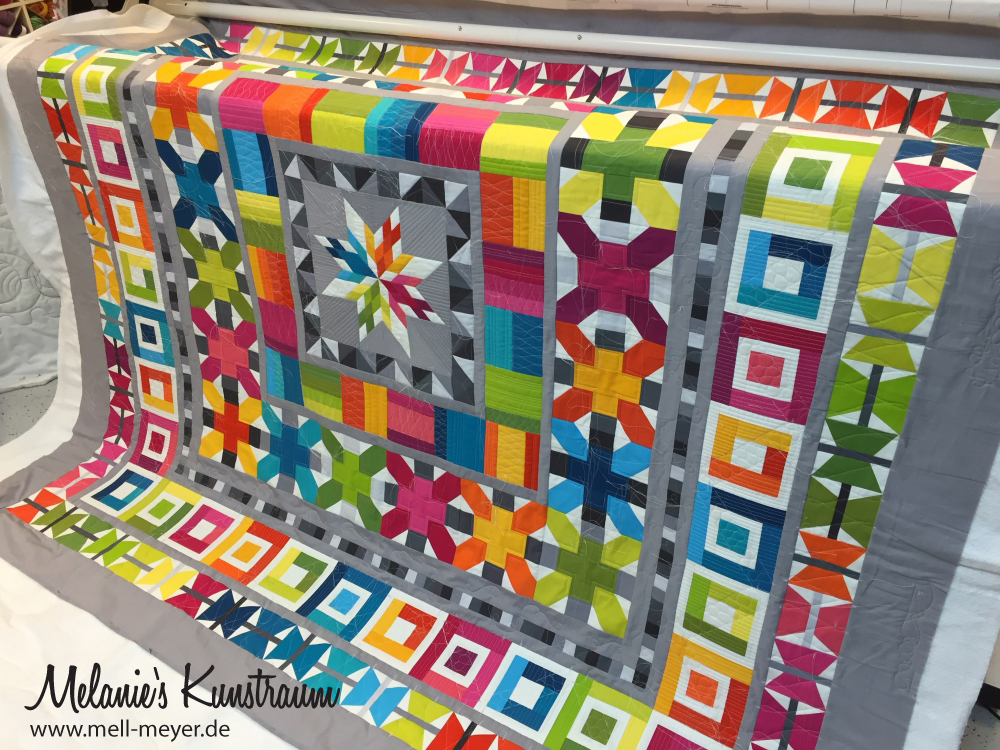 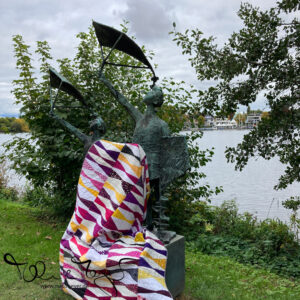 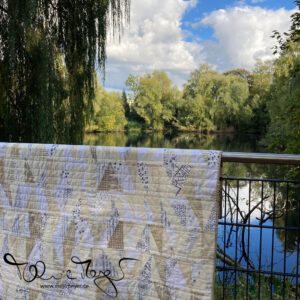 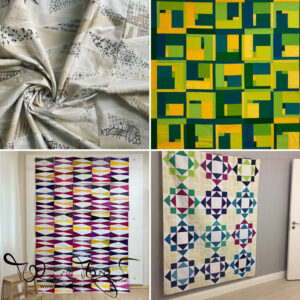